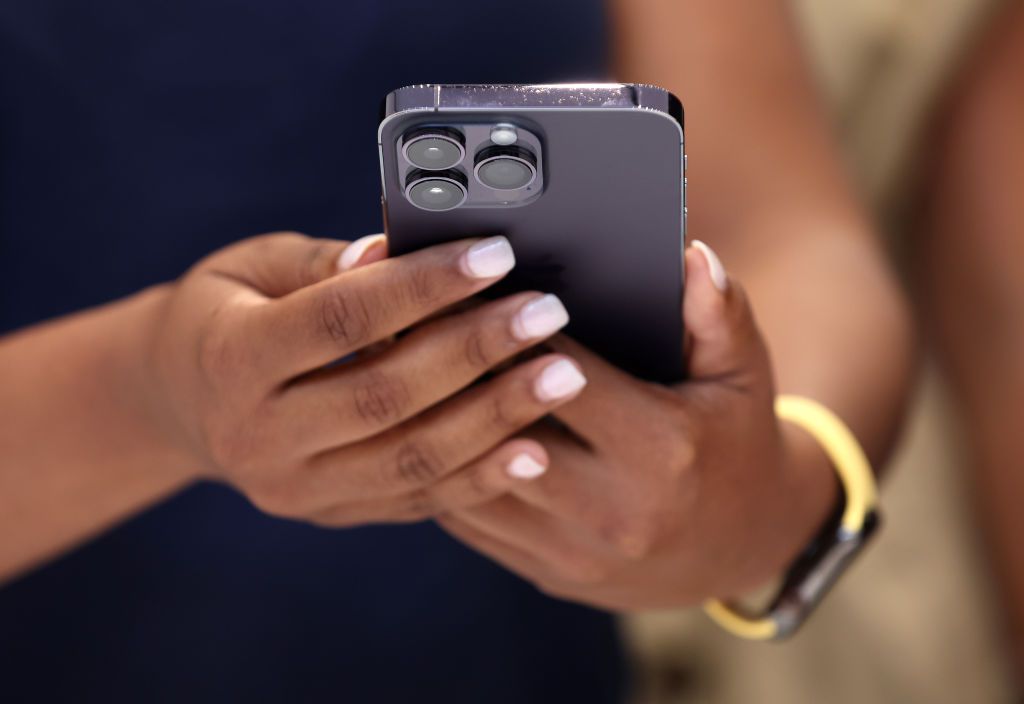 Apple’s new high-end iPhone 14 Pro and Pro Max can take 48-megapixel ProRAW photos, sometimes 100MB in file size, but its reliance on a Lightning cable makes transferring those images to a computer time-consuming.

While rival smartphones use USB-C cables to handle faster charging and faster data transfers, Apple’s continued use of Lightning means peak speeds about 480Mbps (60MBps). This means that anyone who takes a lot of high-resolution photos on an iPhone 14 Pro or Pro Max will find themselves waiting a while before offloading them to a computer for editing.

“I’ve definitely heard some noise about lightning-based sync bottleneck file transfers,” camera app developer Sebastian Dewey Tell Lifewire via direct message. “It’s a ‘luxury issue’. Now we have very large detailed files and we have to transfer them, so regular wired connections are slower than before.”

Experts agree that transferring files as large as those created by the iPhone 14 Pro can take a considerable amount of time to transfer, especially when using full 48-megapixel ProRAW images.

“USB 2.0 (the protocol used by Lightning) has a transfer speed of about 60MBps, which means it takes a second to transfer a full-resolution and ProRAW image from an iPhone 14 Pro or iPhone 14 Pro Max,” Brandon Wilkes, The Big Phone Store’s marketing manager told Lifewire via email.This is conservative, some reports say the document bigger.

“In isolation,” Wilkes continued, “it doesn’t sound particularly slow; but in professional use cases, such as taking photos or needing to transfer large chunks of images from a device to a PC, the times add up quickly Wait a minute for each of the 60 images to transfer.”

While that’s true, some photographers don’t believe many people use iPhones for professional photography.

“As a photographer, the iPhone was never really a tool for most apps,” Patrick Nugent, chief photographer and owner of Camera 1 Corporate Photographers, told Lifewire via email. “It’s a great asset for creating behind-the-scenes content or quick videos, GIFs and reels to accompany professional content, but as a camera [the iPhone] There are many, many restrictions. ”

freelance photographer Cary Sollefson Lifewire agreed when asked by email, saying that while Apple’s camera improvements are “a step in that direction,” the iPhone isn’t ready to replace dedicated cameras. With that in mind, how many photographers are slow transfer speeds really affecting?

Currently, many iPhone photographers use wireless connections such as AirDrop to transfer files, as confirmed in a conversation with Lifewire.

“A good temporary solution is wireless; for me they tend to be faster than USB2,” he said, adding that “a better solution in the future will have to be faster (preferably Thunderbolt) Ports and faster devices — to wireless devices.” For example, a Thunderbolt connection would allow photos to be transferred at speeds up to 40Gbps.

Now we have very large detailed files and we have to transfer them and as a result regular wired connections are slower than before.

Apple may be preparing to switch to a new cable, rumor has it next year at the earliest. The new EU legislation will Force Apple to use USB-C Soon, the knock-on effect could be faster file transfers for those who need it. Most USB-C connections are faster than Lightning, but Thunderbolt is also an option because it uses the same connectors and cables as USB-C — potentially opening the door to the aforementioned 40Gbps connection.

No matter which method people use to send files, experts agree that the iPhone is the better camera than ever. But these file sizes are an unfortunate result.

“Capturing images in ProRAW format on the iPhone 14 Pro and iPhone 14 Pro Max cameras may provide greater clarity and greater adjustment range,” Wilkes added, but for now, “it’s a trade-off more The issue of perceived benefits of high image quality and adjustment and ease of use in terms of transit time.”

Faster cables may be available in the near future, maybe we can have both.

Help Dad Get Digitally Organized and Secure This Father’s Day