Want to be a billionaire? Scientists reveal FIVE personality traits they share

A BILLIONAIRE was made every 17 hours in 2021 – and you could be next, with the right five personality traits.

With loads of charisma, a low degree of anxiety and a dash of blind confidence, the world’s riches could be yours.

What separates the ultra-rich from the rest of us when it comes to psychology and personality?

Researchers have found five traits that distinguish the billionaire mindset from the middle or even upper-class mindset.

Though these traits are not the end-all, be-all of wealth, Forbes completed a comprehensive interview process with some of the world’s richest players and found a clear pattern. 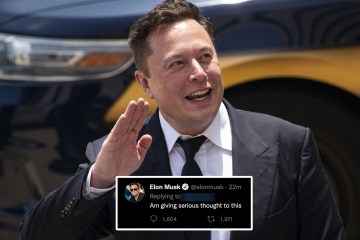 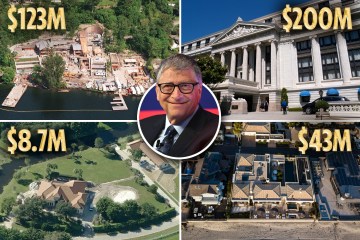 The world’s wealthiest people keep close attention to the details and they don’t waste time.

To think like a billionaire, keep tabs on the little things, but don’t get bogged down – you’ll need the efficiency of a production line working in your head to maximize your potential wealth.

Stay organized, be timely, and have your long- and short-term ambitions in order.

Forbes reported that the world’s super-wealthy class is very mentally stable – they are not phased easily.

Billionaires are aware of potential crises but not defined by them.

Forbes wrote that the rich do not have a high degree of “Neuroticism” – a psychological term for individuals who can quickly become wrapped in anxiety or self-doubt.

Part of the billionaire mindset is being deficient in Neuroticism but soaked in other traits.

Don’t shake on it

Billionaires tend to be uncompromising.

They have a vision for their product and anything short of that vision is unacceptable.

The super-rich are a bit adamant and less agreeable – before Tesla, Elon Musk was ousted as CEO of one of his first companies for this exact reason.

But, negotiation and compromise are part of the business – think about what lines are carved in stone for you.

Mark Zuckerberg’s depiction in the film The Social Network makes him out to be the introspective nerd that made it while Justin Timberlake’s character Sean Parker provides all the panache.

But sociologists have found that the rich are “especially extraverted” – though it is unclear whether this is an innate trait or a product of becoming rich.

In any case, it’s going to take some charm and handshaking to get investors to jump headfirst into your billion-dollar idea.

Billionaires dare to walk into the unknown – it’s part of how their futuristic ideas come to be in their mind’s eye.

The super-rich seek out new experiences and let their imaginations run.

They prefer the road less traveled – and they arrive at destinations that can define a year, a generation, and a legacy.

The Big 5 traits – openness, conscientiousness, extraversion, agreeability and neuroticism – are not the only personality traits out there.

But, the super-rich do have similar levels of each of these traits, whether it’s in excess or in absence.

Gmail Is Kind of a Mess. Here’s How to Fix It