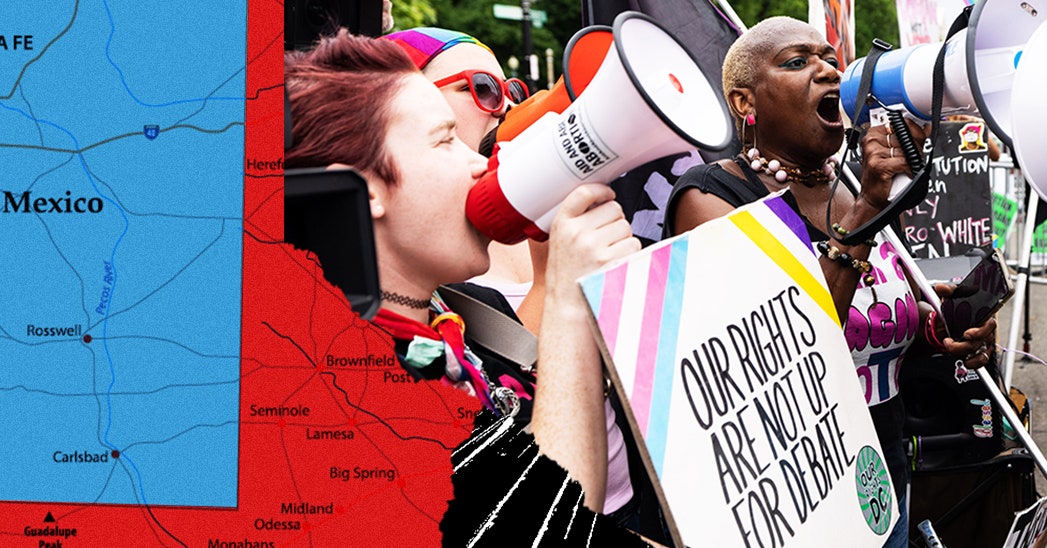 in the past For a decade, the main threat to U.S. Internet freedom has come from abroad, with countries like China, Russia, and India putting up barriers to the flow of information.After the Supreme Court overturned the ruling Roe v WadeHowever, the biggest threat to the borderless internet now comes from within the United States.

State legislatures are already laying the groundwork for a digital separation that would carve up rights that are now commonplace for internet users. We are on the road to a digital civil war, with blue and red states enacting different internet governance rules and conflicting laws on speech and data privacy. This would be a regulatory nightmare for the platform and users. The end result will be worse products, more technology market concentration, and less online rights.

The battle lines have been drawn. In South Carolina, for example, the Republican legislature is considering a bill that would make it a crime to “host or maintain an Internet website … that provides information on how to obtain an abortion.” Democrats, on the other hand, are trying to prevent platforms from censoring information on how to obtain legal abortions. Senators Amy Klobuchar and Elizabeth Warren wrote a letter to Meta expressing concerns about the company’s removal of abortion-related posts.

Republicans across the country are seeking to ensure states have access to data from technology platforms that will help them prosecute cases under state law. Meanwhile, Democrats are pressuring companies to resist those same data requests. In July, a group of Democrats wrote a letter to Oracle and Amazon Web Services asking for clarification on how the companies plan to protect data that could be used in state prosecutions. Other Democrats have focused on how data brokers sell location data of people visiting abortion clinics to law enforcement authorities. In September, the California legislature passed a law barring companies in the state from disclosing information in abortion-related investigations by out-of-state law enforcement agencies.

All of these legal maneuvers will create entirely different rights for internet users, depending on the state in which they live. Imagine a flight from New York to Florida. You might tweet a video while you’re on the runway, but you’ll find that you can’t see your tweet or comment on it while you’re landing. Alternatively, your private data stored on your phone in New Mexico may have to be handed over to law enforcement after you drive into Texas. When you travel across state lines, your online rights — and the risks you face about what you click on, what you post, and how your information is stored — change.

fear A divided internet has always been one that undermines universal human rights such as freedom of speech, reduces economic and social mobility in countries cut off from the rest of the internet, slows innovation, and reduces competition. These concerns have become reality in places like China, Myanmar and India, as Freedom House documents in its annual State of the Internet report. If such a split occurs in the U.S., and legal compliance challenges have a greater impact on both companies and users, it could also erode rights here.

Tech platforms have entangled themselves as a rat king trying to enforce their terms of service in states with different legal requirements. If a user posts content that is legal in one state and illegal in another, how does the platform decide whether the post can be kept? What if one state government requires platforms to disclose the content of text message exchanges, while another state prohibits platforms from providing that data? If two people from different states communicate with each other online, and the laws of the two states conflict, which law applies?