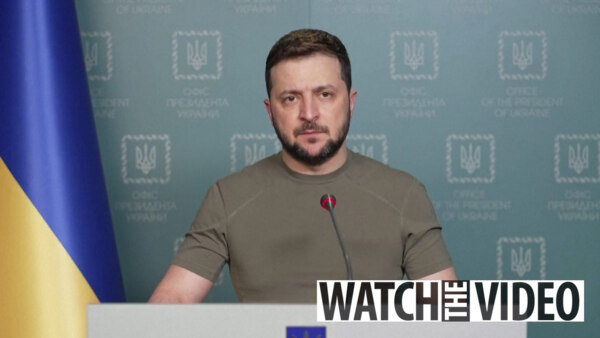 Zelensky’s chief of staff said the assault on the Donbas marked the start of the “second phase” of the war.

Explosions were heard along the entire front as Vladimir Putin launched a major new offensive to seize control of the east.

The secretary of Ukraine’s National Security Council had earlier said Moscow tried to break through defences in the Donetsk, Luhansk and Kharkiv regions.

Zelensky’s comments follow warnings from other senior officials that Russia has begun its assault on the eastern region on Monday.

In a video address he said: “We can now confirm that Russian troops have begun the battle for the Donbas, which they have been preparing for a long time.

“A large part of the Russian army is now dedicated to this offensive.”

The brave Ukrainian leader refused to be cowed by the latest Russian attack, saying: “No matter how many Russian soldiers are brought here, we will fight. We will defend ourselves.”

The news comes as two British men reportedly captured by Russian forces while fighting in Ukraine have appeared on Russian state TV.

They were asking to be exchanged with a pro-Russian politician held in Ukraine.

It is not clear if their pleas to the prime minister were made under duress.