JADA Pinkett Smith is being ripped by fans after her husband slapped Chris Rock for making a joke about her hair loss, when the actress has poked fun at it in the past.

Chris tried to crack a joke at the Oscars when he looked at Jada and told her he can’t wait for “her to star in G.I. Jane 2,” which referenced her bald head.

She rolled her eyes while her husband, Will, chuckled.

Chris went on with his lines, but seconds later Will was storming the stage and slapped him for making fun of his wife’s condition.

The comedian looked stunned after Will cursed him out and so did everyone else. 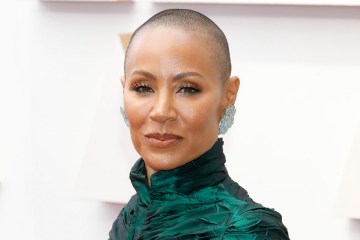 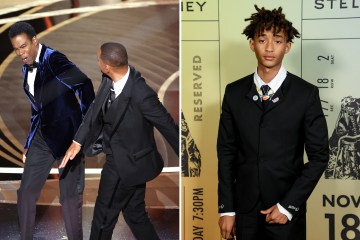 However, fans are now coming for Jada after her reaction because the actress has poked fun about her bald head in the past.

Jada announced last year that she shaved her head after struggling with aploecia- an autoimmune disorder which causes hair loss in the scalp, eyebrows, and eyelashes.

In an Instagram post she said, “Now at this point I can only laugh… Y’all know I’ve been struggling with alopecia. So I thought I’d just share it so y’all not asking any questions…Mama’s gonna have to take it down to the scalp so nobody thinks she got brain surgery or something. Me and this alopecia are going to be friends … period!”

She continued, “Mama’s going to put some rhinestones in there, and I’m going to make me a little crown.”

Most read in EntertainmenT

In September 2021, Jada posted a video on herself Instagram of a woman with hair similar to hers pretending to curl her hair.

The 50-year-old captioned it, “Me getting ready for the Emmy’s yesterday *laughing emoji.*”

Back in July 2021, Jada poked fun at her bald head again.

She posted the meme, “How it started vs. how it’s going” and two pictures of her- one with long, curly hair and the other with a shaved head.

Months before that, the actress reposted a Tiktok video of her hairstyles through the years.

The boy in the video used a sound that said d**n over and over again.

She captioned it, “This had me roll’n this morning *laughing crying emojis*.”

Reddit users were quick to call the actress out about the incident as she has taken this whole situation lightheartedly.

“It’s funny how she portrays herself as accepting and a strong woman figure, only to get butthurt at a joke and have her husband rectify the situation by putting his own career and image in jeopardy,” one Reddit user wrote.

Another said, “Jada has alopecia. Why do people keep saying ‘alopecia’ like it’s some super serious condition? It’s literally the scientific term for baldness. She’s bald.”

“Why is everyone assuming that we all know that Jada Pinkett smith has alopecia? She’s rocked short hair on and off since the 90s. The first word that comes to mind when you think of her isn’t “alopecia” it’s “entanglement,” but everyone’s talking like she’s hair loss spokesperson,” one user wrote.

How to do the Chest Press